Since 2016, Agile and Design have made their way within the company. Processes are still in constant evolution.

Habits are hard to change. When your company is as old as Foyer Assurances, changes have to be made with baby steps.

Project within the company are not at the same level of maturity: some of those are too old not to be completely reworked, some of those are just starting, and there is a whole spectrum between those two states. Agile and Design Team are working together to tend to the following model. 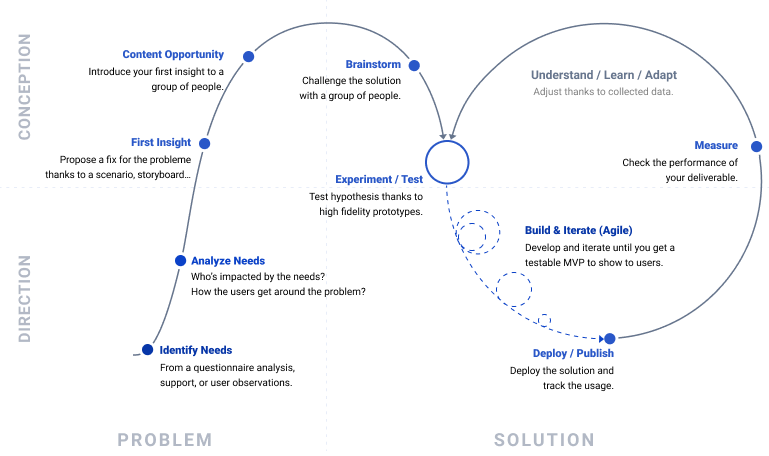 The first version of our Design System have been built on an inventory of existing interface elements. While building this base, new items were needed by our development teams. We had to work on a process to be able to acknowledge the workload due to new requests.

This Definition of Ready is made for the FDS components before making them on Figma or other design tool.

This Definition of Done is made for the FDS components after making them on Figma and before making going to the development phase. A11y means Accessibility in the items below.

Once the element is done visually, the development phase can be started.

A component is ready to integrate when he validates the following criterias:

A compoent is declared as done when it validates the following criterias:

A centralized team supports the system with a dedicated group that makes and spreads decisions and parts for other teams to use but may not design any actual products. Maybe they’ve created the design language and system themselves, or maybe they are implementing a vision produced by an outside agency. 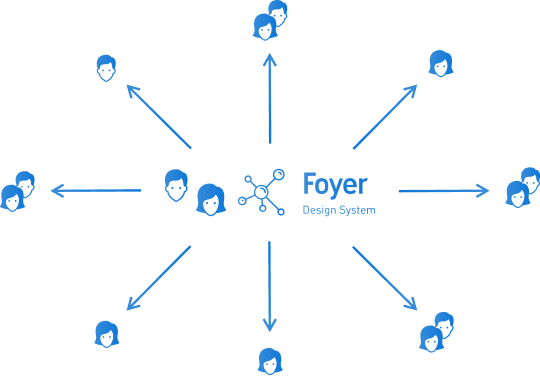 We started to build a UI Kit using only one project as test subject. Two designers were centralizing the components (visually and technically).
Today we are 3 system designers within the core team, 4 soon, centralizing the needs of each project where other Designers are working in scrum teams. We are not dedicated to building the Design System, so we also handle our own projects next to the FDS.

The Federated model is were we would like to go in the near future.

The model we tend to reach is the one where designers from multiple product teams decide on the system together: the Federated model.

We need our best designers on our most important products to work out what the system is and spread it out to everyone else. Without quitting their day jobs on product teams. 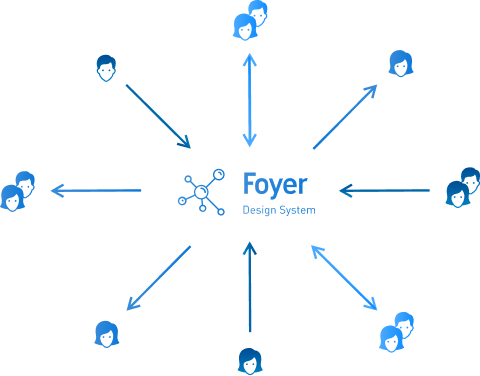 Not only the designers, but all the collaborators within the company would be involved into designing and feeding the System.